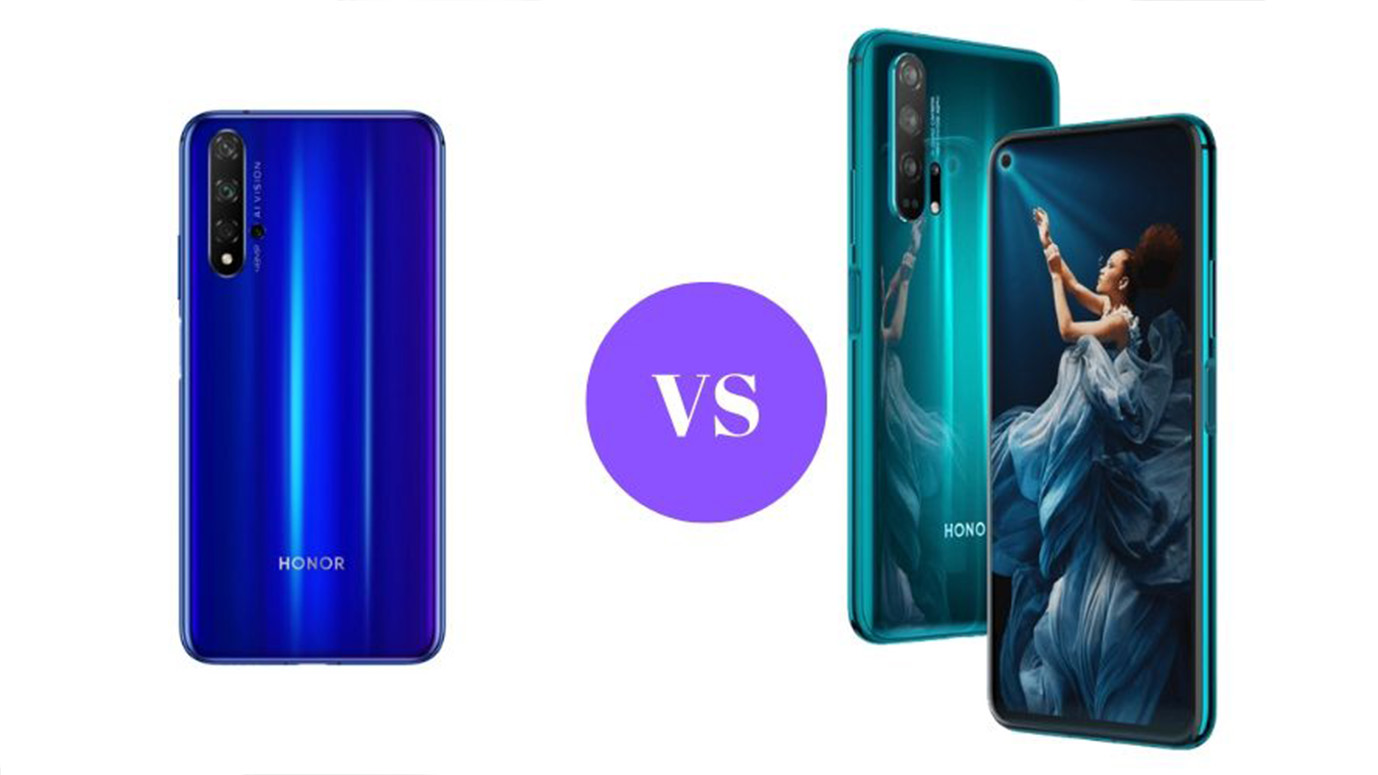 Honor announced the premiere of Honor 20 and Honor 20 Pro in the middle of this year. Both models have the same power in their interior and a similar design, so what defines the Pro model?

Honor 20 and Honor 20 Pro have a very similar design, along with a display of the same size and resolution, measuring 6.26 inches at 2340 x 1080 pixels. Both models also offer a fingerprint reader on the side and both have a 32-megapixel front camera located in the upper left corner.

They also provide the same internal power in the Kirin 980 chip and 256 GB of memory. None of them support microSD to expand memory.

What is the difference between Honor 20 and Honor 20 Pro?

Although there are many similarities between Honor 20 Pro and Honor 20, there are also a few differences between them.

Both have what Honor calls the dynamic holographic finish, but the Pro model comes with 3D glass that the standard model doesn't have.

The rear camera is the main point of differentiation between Honor 20 Pro and Honor 20. Both models have quadruple rear cameras and both have a 16-megapixel super-wide sensor with a 117-degree field of view and f / 2.2 aperture, as well as a 2-megapixel dedicated macro lens f / 2.4 with the ability to capture objects 4 centimeters from the lens.

Despite offering the same memory capacities and the same processor, Honor 20 has 6 GB of RAM, and Honor 20 Pro has 8 GB of RAM.

Honor 20 Pro is slightly, but still more expensive than Honor 20. Both phones are quite affordable, considering that they have flagship specifications.

Meanwhile, the standard model still has good design and still offers the same power as the Pro model, while at the same time having a slightly lower price. Therefore, the decision, as usual, depends on the user.