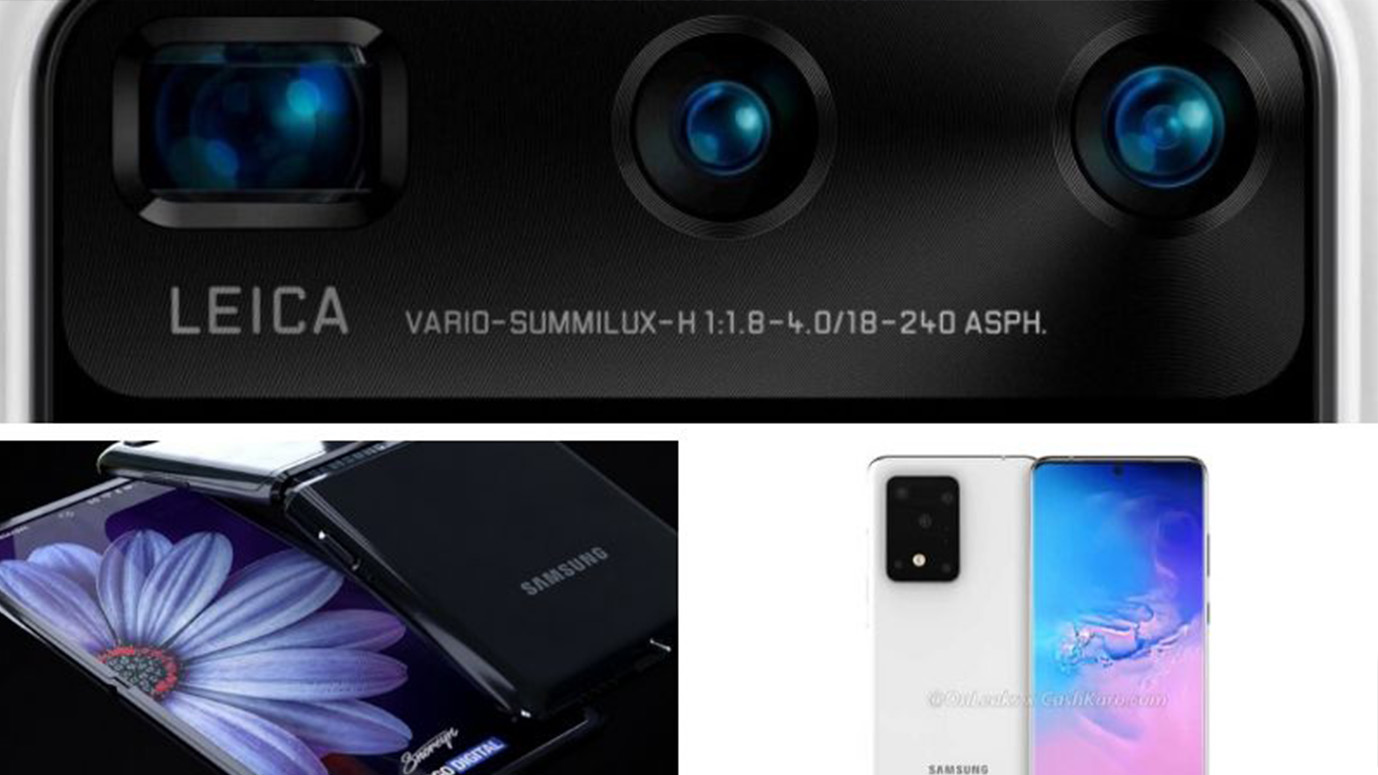 The mobile market is growing at a surprising pace. Every now and then more and more modern devices appear on it. What premieres await us in the first quarter of 2020?

2020 will be full of emotions for lovers of phones and new technologies. We have already written more about this in articles on mobile trends for 2020 and the premieres of foldable smartphones. The beginning of this year will also be full of interesting and long-awaited premieres of flagship from top phone manufacturers. See what awaits us in the first quarter of 2020.

Already in the first half of February the cards will be discovered by SAMSUNG, which will present us its new flagship Samsung Galaxy S20 and S20 + and S20 Ultra. Of course, a lot of more or less likely information has already appeared on the Korean device network. The first novelty is the changed numbering. Contrary to expectations, the successor of the Galaxy 10 will not be Galaxy 11, but Galaxy 20. Probably the devices will appear in three versions (Galaxy S20, S20 + and S20 Ultra), which will be, among others differ from each other in the size of the display.

The phones (certainly the Ultra model) will have integrated 5G technology. Design will also change significantly. The new Galaxy will have small frames, an opening in the screen and a rectangular island with several lenses. Traditionally, we can also count on a strong and well-functioning camera, which will probably be equipped with a periscope telephoto lens generating a 5x optical zoom.

On the same day, the Koreans will present another novelty - Galaxy Z Flip or SM-F700. It is a folded phone in the shape of a flip with a 6.7-inch display. It is said to be powered by Qualcomm Snapdragon 855, but the price is expected to be much lower than in the previous Samsung folding phone.

Recent leaks show that the premiere of Chinese flagships will take place on the same day as the new Galaxy, February 11. It is not yet known whether these reports will work. Perhaps the Chinese will decide on the earlier release of telephones in the country, and this world will be at the beginning of February. As for the specification, both smartphones will be ready to adopt 5G technology and will use the Qualcomm Snapdragon 865 processor.

Rumors have it that the new Nokia will be presented to the world in Barcelona. Its premiere is interesting because, according to leaks, only the 5G model will hit the market. The phone display is to be 6.2 inches and Full HD + resolution. The smartphone will be equipped with a new Qualcomm-Snapdragon 735 processor and 6 GB of RAM memory. The phone is to operate based on the Android 10 operating system. A 32 Mpix sensor will be installed in the front camera. In the back we can expect a minimum of three lenses, and the matrix is 64 Mpix.

The new Japanese flagship will premiere like Nokia at MWC 2020 in Barcelona. Exactly February 24. It looks like Sony will get a 21: 9 screen and a 6.6-inch OLED display. It is also promising to have a camera that will have 4 sensors, including a ToF camera.

In March, Apple will probably present the iPhone SE 2 - a new model of the cheaper iPhone. The phone will be equipped with a 4.7-inch LCD screen, a Home button with Touch ID, a single rear camera and a glass housing for wireless charging. The Face ID and 3D Touch face recognition system will certainly be missing - these technologies are reserved for more expensive devices. The phone will work on an A13 Bionic processor.

2019 for Huawei was not very successful, but everything indicates that the next one will be definitely better. The company plans to launch new flagships for the first quarter of 2020. All signs in heaven and earth indicate that this will be March.

Huawei P40 Pro will have a 64-megapixel main camera, which is part of the five-cell Leica system. Of course, for obvious reasons, it will not be equipped with Google services. Huawei is still on the so-called blacklist of entities that need to obtain government approval in Washington to buy US components and technologies. The company cannot use any Google solutions on its phones. Solution? Huawei mobile services that will appear in new flagships. Certainly this is not a perfect solution and will slightly hinder the use of phones, but it will be rewarded by other options that the new phone is supposed to have.