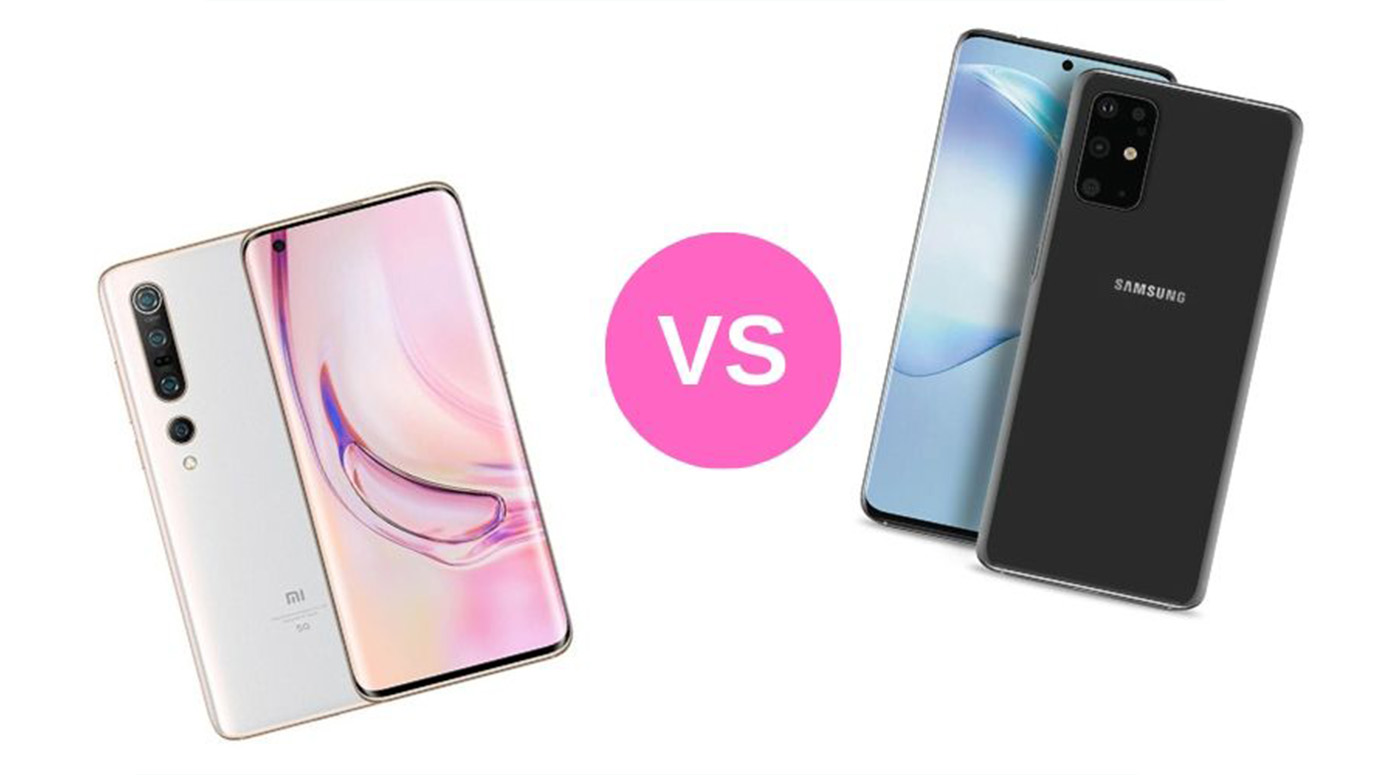 We present a comparison of the two best flagships of the season: Xiaomi Mi 10 and Samsung Galaxy S20. Although these models have many similar features, they differ radically in others.

Both Samsung Galaxy S20 and Xiaomi Mi 10 have a metal frame and a glass back, with the most obvious difference being their cameras. Both have a single-lens front camera, but on the S20 it is in the upper middle and in Mi 10 in the upper left. Meanwhile, the rear camera is in the upper left in both cases, but the camera block is much larger in the Galaxy S20.

Other differences include colors (Samsung Galaxy S20 is available in Cosmic Gray, Cloud Blue, Cloud Pink, Cloud White and Aura Red, while Xiaomi Mi 10 comes in Coral Green, Twilight Gray and Peach Gold), as well as dimensions and weight (151.7 x 69.1 x 7.9 mm and 163 g for Galaxy S20 and 162.5 x 74.8 x 9 mm and 208 g for Mi 10). So Xiaomi Mi 10 is bigger in every dimension and is also heavier, although this is not surprising because it also has a larger screen and battery.

Finally, Samsung Galaxy S20 is IP68 certified, which means it can survive immersion in water up to 1.5 meters for 30 minutes. On the other hand, Xiaomi Mi 10 has no waterproof rating.

Both phones can also record video in up to 8K quality.

Both phones also support reverse wireless charging, which allows you to wirelessly charge other devices. This can be done at up to 9 W in the Galaxy S20 and 5 W in Xiaomi Mi 10.

Both phones have Android 10, but have different overlays. You will receive One UI 2 from Samsung Galaxy S20 and MIUI 11 on Xiaomi Mi 10. These lead to different looks and pre-installed applications, but the basic operating system is the same. Both phones also have an on-screen fingerprint scanner.

Samsung Galaxy S20 and Xiaomi Mi 10 have essentially similar designs, chipsets, amounts of RAM, but Xiaomi Mi 10 has a larger (though lower resolution) screen, more camera lenses and a larger battery, all at a probably lower price. In addition, the Samsung Galaxy S20 has an advantage in some areas, such as 120 Hz refresh rate and water resistance, so the purchase decision can come down to which features you value the most.